NO PURCHASE NECESSARY TO ENTER OR WIN. VOID WHERE PROHIBITED. A PURCHASE WILL NOT INCREASE YOUR CHANCES OF WINNING. AN INTERNET CONNECTION IS REQUIRED.

The following rules apply to the FreeAgent Friendsy Contest. Since FreeAgent Network Inc. may run a wide variety of FreeAgent Friendsy contests, at times certain rules will not pertain or additional or different rules may apply. If those circumstances are not noted in these rules, then they will be announced in a separate set of written rules.

Exhibitor’s FreeAgent Friendsy Contests are open to legal residents of the 50 United States and District of Columbia, age 18 years or older, except employees, officers, and directors (and the immediate family and household members (whether or not related) of the Exhibitor), and its parents, subsidiaries, divisions, trustees, franchisees, participating vendors, distributors, advertising and promotion agencies and affiliated entities. Void wherever prohibited by law. Contests are governed by U.S. law and subject to all applicable federal, state, and local laws and censored, endorsed, or administered by or associated with any third-party platform such as Instagram or Twitter. By entering a FreeAgent Friendsy Contest, you are an entrant and you agree to accept and be bound by all terms of these Official Rules and Regulations (“Official Rules”).

HOW TO ENTER, HOW TO WIN, AND SELECTION OF WINNERS

There will be only one prize awarded per Contest Period. Odds of winning depend on the number of valid entrants. Potential winners must present their matching wristbands to an Exhibitor team member at booth #3419 during the Contest Period in which the wristband was obtained. In the event a dispute regarding the identity, eligibility, and/or validity of an entrant cannot be resolved to the Exhibitor’s satisfaction, the entry at issue will be deemed ineligible. The decision of the Exhibitor will be final and binding in all matters.

Exhibitor will generally award one FreeAgent Friendsy Contest Prize per Contest Period, with an approximate value of $3000 divided among the winning entrants, or $1500 per winning entrant (a “FreeAgent Friendsy Contest Prize”). All prizes will be awarded in the form of a USD mailed check. All prizes will be issued by mail or email within 30 days of November 4th, 2022.

Exhibitor reserves the right, in its sole discretion, to disqualify any individual who tampers with any process and or materials of the FreeAgent Friendsy Contest and to cancel, terminate, modify and/or suspend the FreeAgent Friendsy Contest in the event of tampering or other circumstances, including but not limited to acts of God or civil disturbance that render it impractical or impossible to complete or fulfill a Contest as originally planned.

In the event of sabotage, acts of God, terrorism or threats thereof, computer virus or other events or causes beyond the Exhibitor’s control, which corrupt the integrity, administration, security, or proper operation of the FreeAgent Friendsy Contest, Exhibitor reserves the right, in its sole discretion, to disqualify entrants and/or modify, cancel or suspend the FreeAgent Friendsy Contest. In the event of cancellation, Exhibitor reserves the right to award prizes from among all eligible, non-suspect entries received prior to the event requiring such cancellation. False or deceptive entries or acts will render the entrant ineligible. All entries become the property of the Exhibitor and will not be acknowledged or returned.

By entering the FreeAgent Friendsy Contest, you grant Exhibitor and their designees the right, unless prohibited by law, to use your name, city, and state of residence, handle, voice, picture, and likeness, without compensation, notification, or approval, for the purpose of advertising and publicizing the goods and services of Exhibitor and all matters related to the FreeAgent Friendsy Contest, in any manner or medium, now or hereafter known, throughout the world in perpetuity. Exhibitor expressly disclaims any responsibility and entrants agree to indemnify and hold harmless Exhibitor from and against any and all claims, actions, demands, and/or liability for injury, death, damage, or loss whatsoever relating to or arising in connection with participation in the FreeAgent Friendsy Contest (regardless of the cause of such injury, damage or loss) and/or the delivery and/or subsequent use or misuse of any of the prizes awarded (including any travel or activity related thereto) and/or printing, distribution or production errors. Exhibitor, in its sole discretion, reserves the right to disqualify and/or exclude any individual or entry from the FreeAgent Friendsy Contest for any reason.

The Exhibitor reserves the right to make changes to these rules. Any such changes will become effective upon notice via an announcement on Exhibitor social channels, online posting by Exhibitor, or other means of wide publication.

Any and all disputes, claims, and controversies arising out of or in connection with the FreeAgent Friendsy Contest or any prize awarded shall be governed by and construed exclusively in accordance with the laws and decisions of the State of Nevada applicable to contracts made, entered into and performed entirely therein, without giving effect to its conflict of laws provisions.

Lead the way to a better workday

Talk to a CRM expert and
unleash your team’s potential. 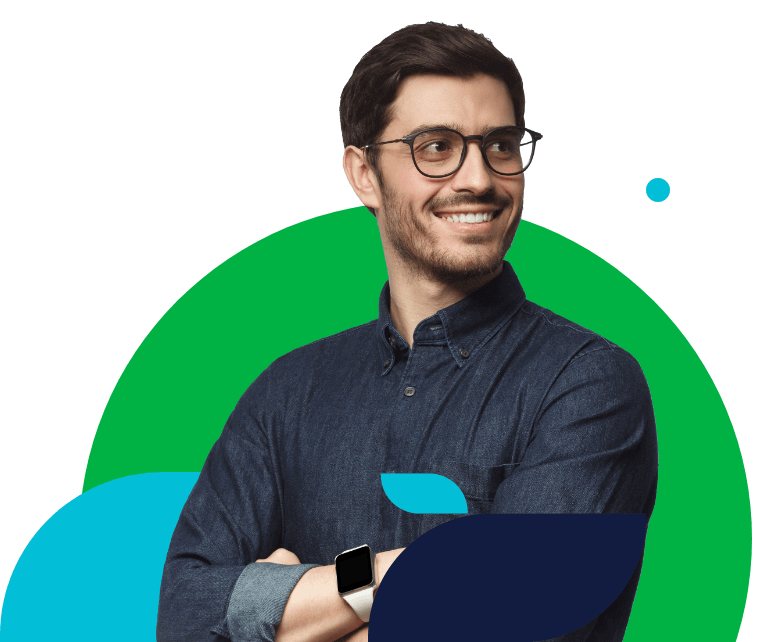 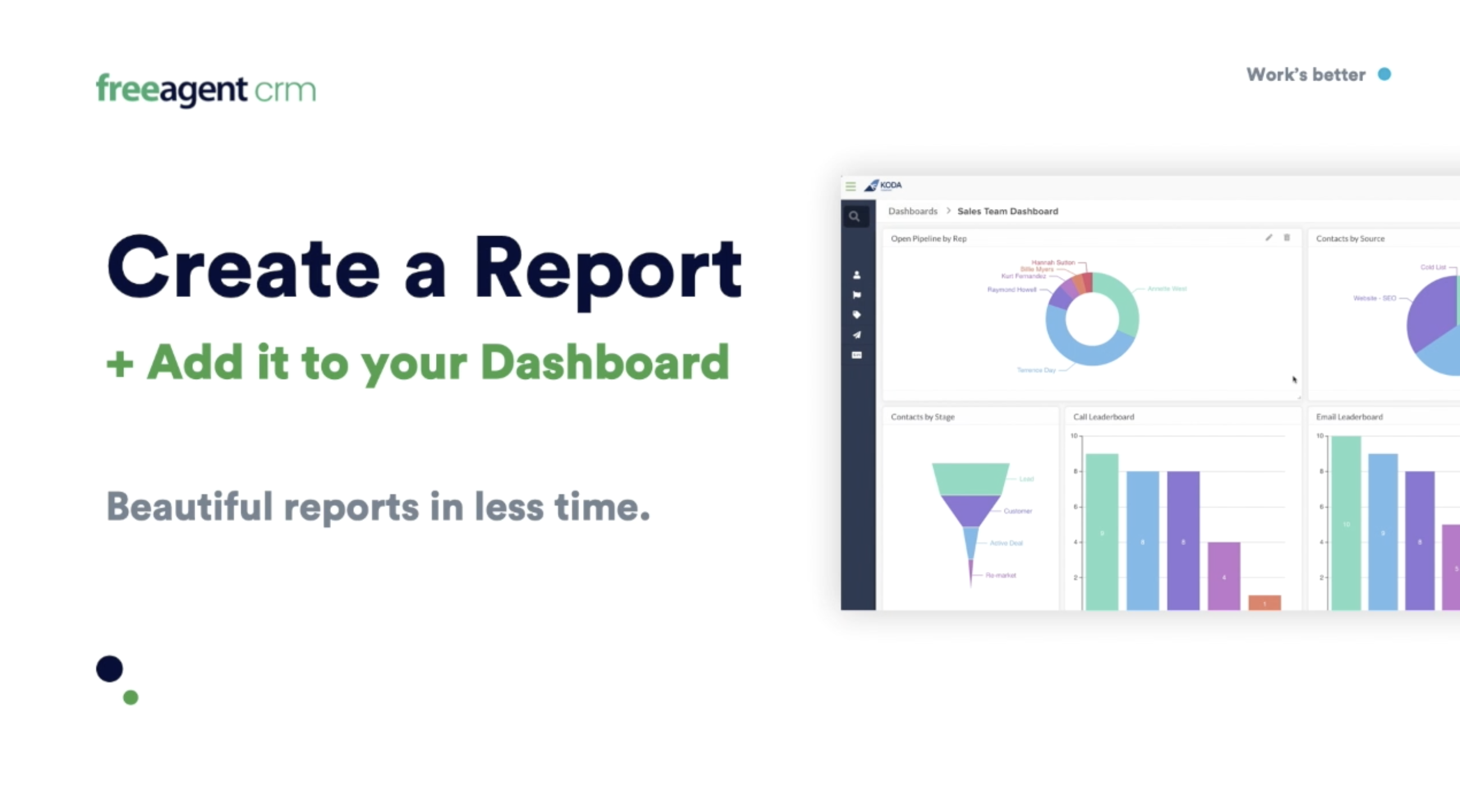 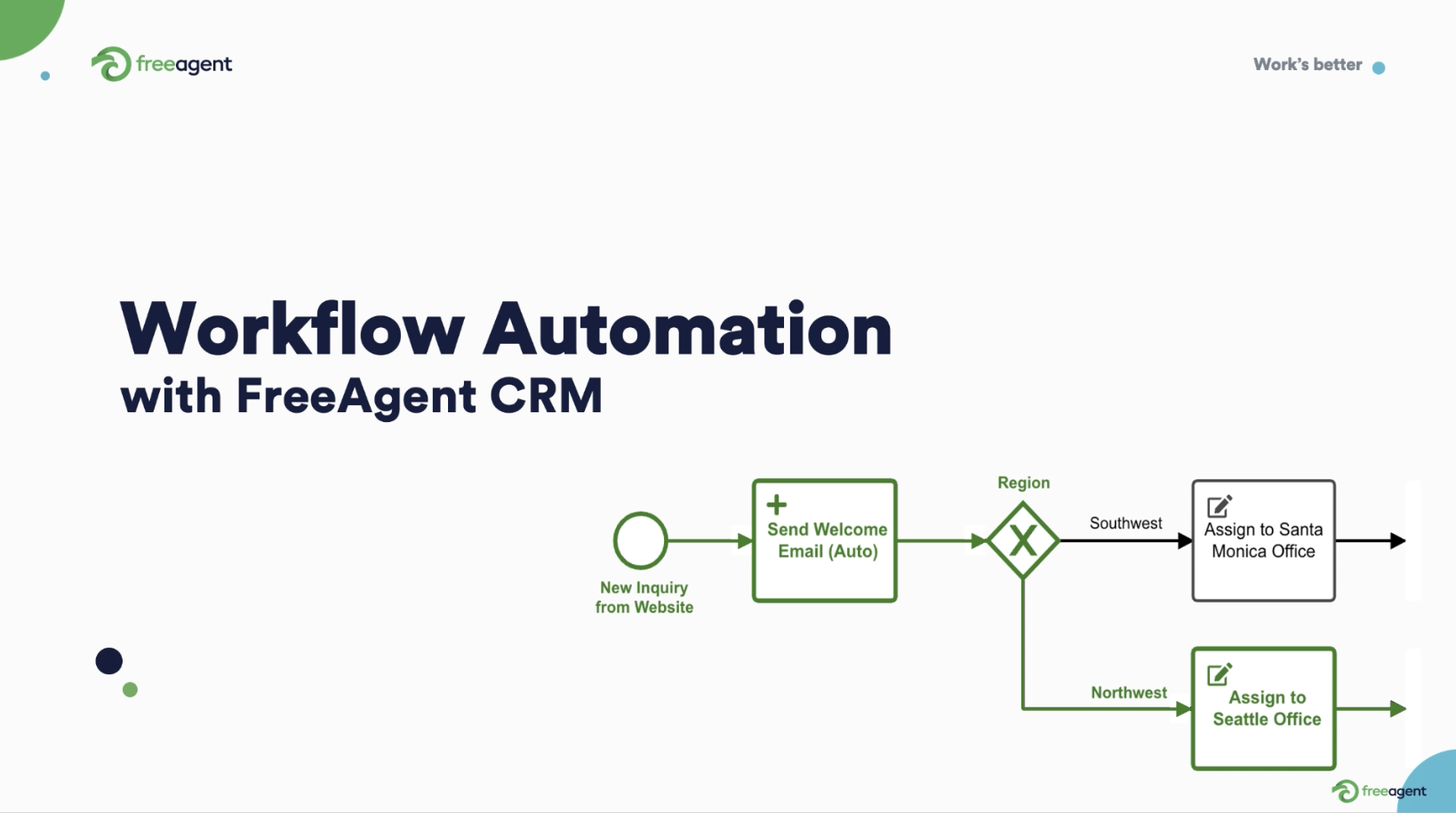